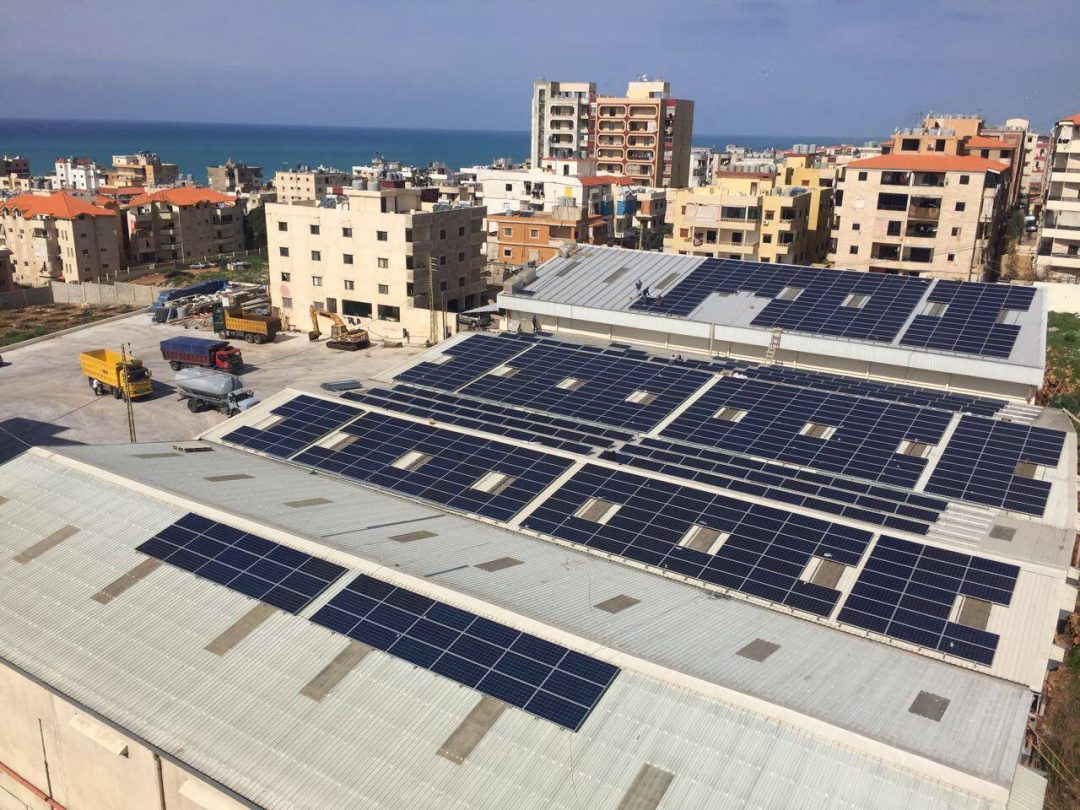 Ghaddar Alternative energy started the installation of a Solar PV System with Fuel Saver Technology for Big Mills of the South in Lebanon.
Big Mills of the South operates in the field of manufacturing & wholesale of flours, cattle feeds, feed concentrate, sugar cane, rice & animal feeds.
Big Mills of the South renewable energy project is based on solar PV technology sized at 261.12 kWp (DC). Utilizing the SMA Fuel Saver Technology, the system is designed to work with the existing diesel generators and the Utility Grid without any batteries storage.
The combination of solar PV panels with solar invertors and fuel save solution from German-based SMA will reduce the “Fuel Consumption” and “Depreciation” of the existing generators and will also reduce the grid electricity bill. The conservative simulation of the system’s operation indicates a yearly reduction of more than 40,000 Kg of diesel fuel and a reduction of more than 24,000,000 L.L. (US$ 16,000) of electricity bill.
Besides to commercial benefits, thanks to Big Mills of the South for their contribution to protecting the environment by reducing the gas emissions; mainly CO2; which will help keep the Chouf area one of most green and clean regions in Lebanon.