Introduction of PV-Diesel Fuel Save System

Ghazieh, Lebanon – October 8, 2015 – In pursuit of its mission to diversify its offering while creating innovative power solutions and helping to protect the environment, Ghaddar Machinery Co., has launched its new PV Fuel Save System, which integrates photovoltaic (PV) system into existing grid source and/or diesel generating power sources.

This particular system targets clients seeking to secure and produce part of their own energy needs. As a result, this hybrid energy system lowers overall operating costs by decreasing reliance on expensive diesel fuel, while also contributing to a cleaner and more sustainable environment. 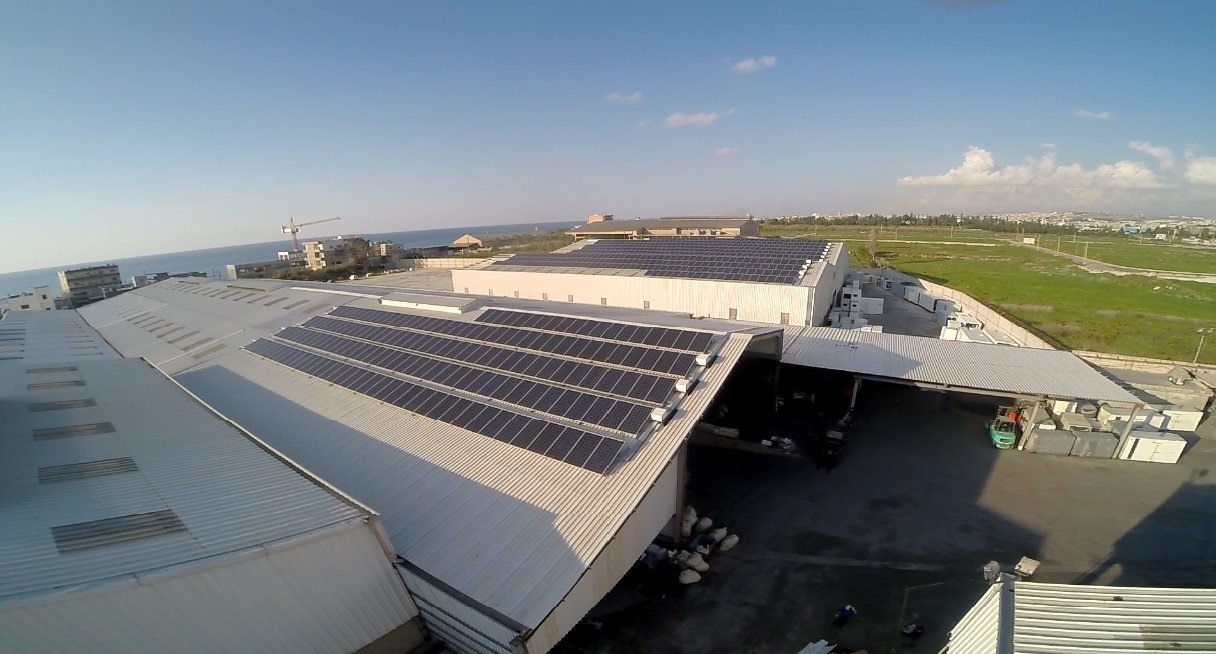 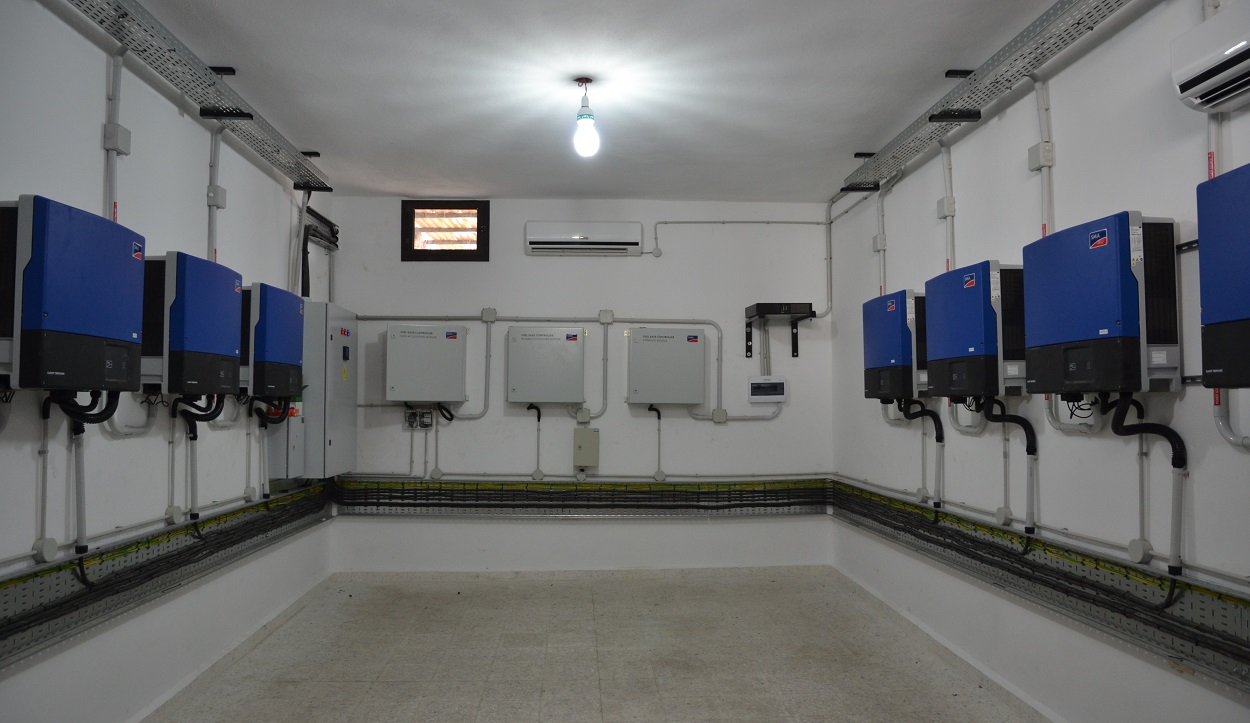 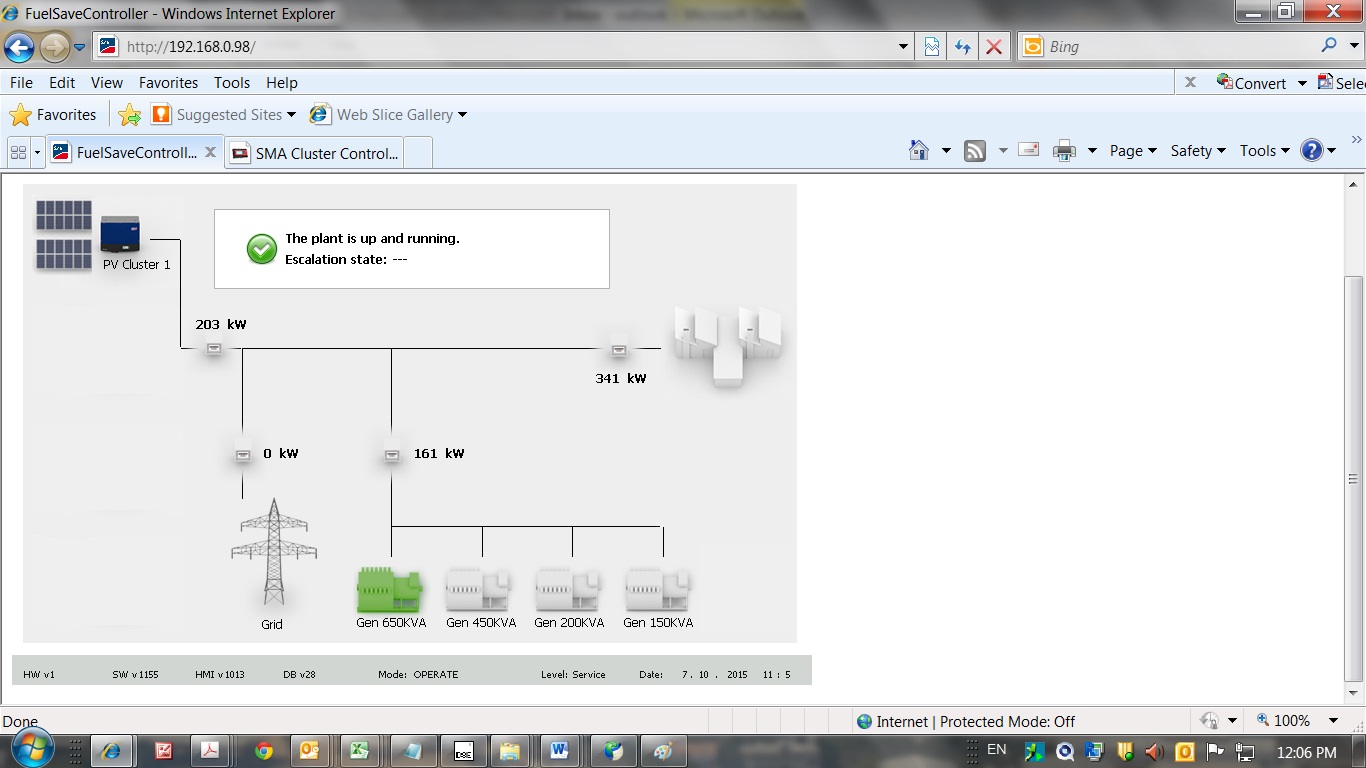 Technically speaking, the PV system doesn’t replace the diesel generator sets, but rather supplements them by replacing part of the energy produced from the generators and thereby reducing fuel consumption. The system is regulated by the SMA Fuel Save Controller, a highly advanced interface that ensures system reliability and stable operations at all time.

Ghaddar Machinery Co. extensively researched and developed this system over the past two years, and have successfully completed a 205 kW pilot project on a new warehouse for the manufacturing facility of Ghaddar Machinery in Ghazieh, Lebanon. The system design is the first of its kind due to its use of oversized DC/AC SMA inverters (300 KVA) to compensate for the high reactive power need of the factory, thereby improving the factory’s power factor overall. The system is expected to produce free and reliable energy for the next 30 years, which will reduce the factory’s total energy consumption by 40%. The integration of the PV-Diesel will also result in lower operating costs by decreasing the number of running hours and load demand levels of the generators.

With the successful design, installation, and integration of the system, in addition to the previously introduced Hybrid DC Power System for Telecoms, Ghaddar Machinery Co. confirms its readiness for Hybrid and Green Energy Production Projects.